It can be very alarming to wake up in the night screaming. After all, sleep is supposed to be a peaceful and relaxing experience for you. It’s designed to refresh, heal, and restore your brain and body ready for the next day. Night screaming is bound to affect your quality of sleep, and it will almost certainly be affecting your partner or others in the house.

If you’ve only recently begun screaming in the night, you might be wondering what has suddenly brought it on. Today, we’re going to look at both night terrors and nightmares in detail. We’ll examine what they are, their causes and treatments.

What Are Night Terrors?

If you find yourself frequently screaming yourself awake, you may be experiencing a phenomenon called night terrors. These are also known as sleep terrors, or by their Latin name “pavor nocturnus.”

They are a type of parasomnia, recognized in the Diagnostic and Statistical Manual of Mental Disorders. According to the DSM, night terrors are most common in children between the ages of 3 and 12. Roughly 1 – 6% of children experience them, compared to less than 1% of adults.

When the night terror starts, the individual will appear to have woken from sleep. Their eyes will usually be open. However, in reality, they are still sleeping. To an observer, they appear to be experiencing extreme fear and cannot be consoled. 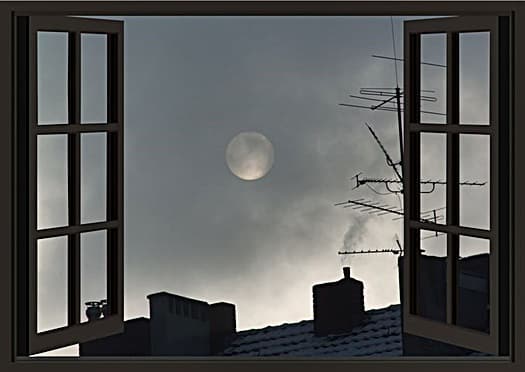 It can be distressing to witness someone having a night terror. Fortunately, night terrors are not harmful in themselves. The only danger may come from an activity carried out by the sleeping person, such as falling down stairs.

What Are the Causes of Night Terrors?

Night terrors aren’t always caused by one particular thing. Many different factors might contribute to the likelihood of someone experiencing them.

Let’s examine the other factors which may make night terrors more likely.

However, sometimes night terrors occur for no distinguishable reason at all. Some people are more prone to experiencing them than others, even when none of the above criteria apply.

What Are the Treatments for Night Terrors?

A study in the American Family Physician found that night terrors often subside when practicing good sleep habits. If you train your brain to know when it’s time to sleep, you’re less likely to wake up during the night or experience sleep disorders.

Before visiting a professional, try the following: 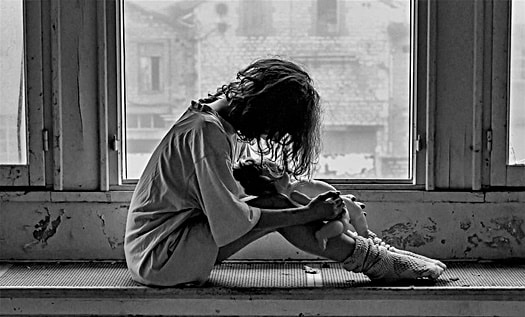 If you believe that your night terrors are associated with a past traumatic event, consult a therapist. They may be able to offer some form of counseling to help you deal with your past. A study in the American Journal of Psychotherapy found that psychotherapy is an effective tool for reducing an eliminating the occurrence of night terrors.

Doctors rarely prescribe medication for night terrors, unless they are severely affecting the patients’ day-to-day life. According to Canadian Family Physician, benzodiazepines (sleeping pills) can be effective at reducing the frequency of night terrors. However, these should only be used as a last resort, and are not a long-term solution.

If you woke up screaming and terrified, night terrors might not necessarily be to blame. You may be experiencing nightmares, instead. You may have heard the terms “nightmares” and “night terrors” used interchangeably. However, although they can both cause screaming during the night, they are two entirely different things.

Nightmares occur during REM (rapid eye movement) sleep. They are unpleasant dreams which provoke strong emotional responses, including fear, anxiety, and sadness. Nightmares usually involve an uncomfortable or frightening scenario which causes the dreamer to panic. Common themes include falling and being chased by someone or something.

Someone who is having a nightmare may:

Once the dreamer has awakened, they will be lucid but may find it difficult to go back to sleep.

Though experiencing the occasional nightmare is normal, it isn’t usual to experience them very frequently. If someone experiences nightmares at least weekly, they may be diagnosed with nightmare disorder (recurring nightmares). To be diagnosed, the nightmares must cause significant distress. They must also impact some areas of day-to-day life, such as work or socialization. Around 4% of adults experience frequent nightmares.

If you find yourself waking up screaming from a nightmare often, there could be some underlying factors at play. Like night terrors, frequent nightmares can be triggered by many different things.

A study in the journal Sleep identified many factors which could affect nightmare frequency: 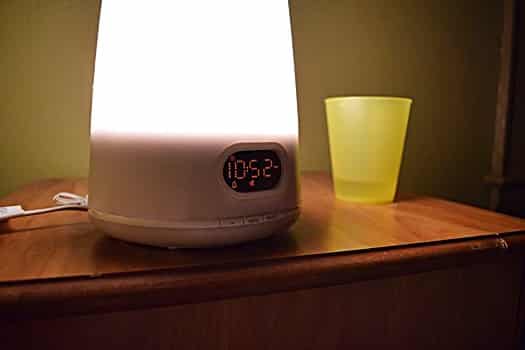 Bear in mind, however, that everyone has the odd nightmare now and then. Infrequent nightmares are often spontaneous, with nothing, in particular, causing them. Some people experience nightmares for no reason.

What are the Treatments for Nightmares?

If you only experience nightmares now and then, there probably isn’t any need for treatment. Nightmares are normal, and nothing you do can stop you from ever having nightmares again. If your nightmares are not affecting your daily life in any way, you don’t need to worry about seeking treatment. They are a part of the normal human experience

Fortunately, though, there are treatment options available for individuals who have nightmares more frequently. The first step is to visit your doctor. They will be able to determine whether there is an underlying cause of your nightmares.

Your nightmares may be the result of a psychological condition such as depression, anxiety or post-traumatic stress disorder (PTSD). If this is the case, therapy could be beneficial. A particularly useful form of therapy is called cognitive-behavioral therapy (CBT). A study in Cognitive Therapy and Research found CBT effective in treating many types of mental illness.

You can also try changing your lifestyle. For example:

Is It a Night Terror or a Nightmare?

Night terrors are entirely distinct from nightmares. Although they might sound similar in principle, they are not related at all.

Here’s how to recognize a night terror versus a nightmare:

1) The Time it Occurs

A study in American Family Physician found that night terrors usually occur early in the night. They are most common between 90 minutes and three hours after falling asleep.

This is because of our sleep stages. When we first fall asleep, we go through a period of light sleep, then transition to deep (slow-wave) sleep. Night terrors usually occur when we start to transition from stage 3 to stage 4 of deep sleep. This often happens quite early in the night.

By contrast, nightmares are more likely to occur later on in the night, usually during the early hours of the morning. If you’re waking up screaming only a couple of hours before your alarm, it’s probably a nightmare.

This is because nightmares are dreams, which are produced during REM (rapid eye movement) sleep. At the start of the night, our REM sleep stages are quite short. As we sleep for longer, our REM stages get longer as well. The longest periods of REM sleep occur after we’ve already been asleep for many hours.

According to WebMD, a typical night terror will last around 1 to 2 minutes. The most severe night terrors can last up to 30 minutes. Throughout the duration of a night terror, the person experiencing it is fast asleep, though they appear awake. After an episode, the individual will either return to a peaceful sleep or will wake up.

Nightmares are very different. If someone is having a nightmare, they will appear asleep. They will remain lying down, usually with their eyes closed. They may move around or make noise in their sleep, but not always. Nightmares can vary significantly in duration, lasting from five minutes up to an hour.

According to research by the University of Mannheim, a person having a nightmare will almost always wake up naturally. Unlike a night terror, when they wake, they will be alert and present. They may also have difficulty returning to sleep. 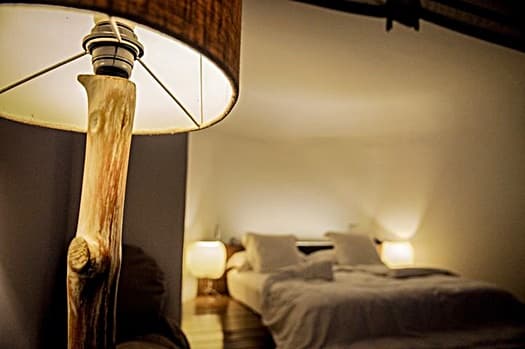 Nightmares, on the other hand, occur during the transition between REM and light sleep. For this reason, it is easy to wake someone up from a nightmare. This can be done, for example, by gently touching their arm or calling their name. They will usually wake up straight away and can be consoled. When they wake, they will be aware that they have had a nightmare. They will also be able to describe the nightmare to some degree.

Because night terrors occur in the deepest sleep stage, they are not dreams. They are merely episodes of spontaneous fear and terror. Though the person having the night terror appears frightened and threatened, they will not remember this later on.

If the individual wakes up after the night terror, they will seem confused and will not understand what has happened. Upon waking up in the morning, they will likely not be able to recall the episode at all. So, if you’re screaming in sleep and not remembering it later, it may be a night terror.

By contrast, nightmares are almost always remembered because they are a form of a dream. Nightmares are usually very vivid and occur in one of the lighter sleep stages. When a person wakes up from a nightmare, they can almost always explain what they were dreaming about. In the morning, they will usually remember that they experienced a nightmare during the night.  Some of the details may be forgotten, however.

How to Help Someone Having a Nightmare or Night Terror

Now that you know the differences, you should know whether you are dealing with night terrors or nightmares.

If your loved one experiences nightmares or night terrors, you may be wondering how best to help them through it. If you’re the one screaming in your sleep, you can also give the following advice to your partner or family member. That way, they’ll know what to do next time.

When Should I Seek Medical Help?

Most of the time, both nightmares and night terrors don’t require any medical intervention. They go away on their own and don’t affect your waking life. They usually don’t cause any long-term mental or physical harm.

However, when they begin to affect aspects of your normal functioning, it may be worth visiting a doctor.

For example, it may be a wise decision to visit a medical professional if:

Your doctor will ask you questions about your life and your experiences with the nightmares or night terrors. They may also offer to conduct a sleep study on you, to better understand your issues. Your doctor may offer you medication or therapy, and recommend lifestyle changes which may help.

SleepBubble.com is a participant in the Amazon Services LLC Associates Program, an affiliate advertising program designed to provide a means for me to earn fees by linking to Amazon.com and affiliated sites.